The 2019 ASEF Gala at Stanford University

Almost a 100 gathered at the yesterday’s Gala event, held at Stanford University in California. ASEF (American Slovenian Education Foundation) awarded the Lifetime Achievement Award to prof. Mija Rode, lecturer for Slovenian language at Stanford University. She has dedicated her whole life to promote Slovenia, Slovenian language and culture in the US. Her extraordinary work is recognized by ASEF as it is deeply connected with ASEF’s mission of building bridges between Slovenia and Slovenes all around the world. Kerže Fellows from the Thorton School of Music at University of Southern California flawlessly performed Slovenian compositions and interpretations of Slovenian folk songs.

ASEF awarded the Lifetime Achievement Award to prof. Mia Rode, lecturer of Slovenian language at Stanford University. Her extraordinary work in promoting Slovenian language and culture is recognized by ASEF as both extremely important and deeply aligned with ASEF’s mission of building bridges between Slovenia and Slovenes all around the world.

Mia Rode (born Maria Ivanka Gaber) grew up in Preserje amidst Slovenia’s beautiful countryside, and inherited a life-long love of learning, technology, and teaching. Mia immigrated to Chicago when she was 20 to join her father who had fled World War II persecution. A local English teacher recognized her intelligence, which led to a scholarship and Masters degree in Library Sciences. She married her childhood schoolmate, France Rode, whose talents led them to the future “Silicon Valley.”

With communism prominent in world politics, Mia’s Slavic language expertise was in demand. She chose to work at Stanford Library because of its technological resources. Beginning as a cataloger, she rose to department head and numerous leadership roles, including one in the monumental transition from paper-card catalogs to digital databases. Her drive to establish national standards and foster cooperation among institutions led to her being a Liaison to the Library of Congress. Mia’s accomplishments earned her the esteemed title of Emerita.

After she retired, Mia wholeheartedly devoted herself to designing and teaching Slovene courses online and in San Francisco at Club Slovenia. In 2018, with the support of ASEF, Zvonko Fazarinc, Jure Leskovec, and the University of Ljubljana, Mia played a vital role in establishing Stanford’s first Slovene Language program and was appointed to a professorial position teaching graduate and undergraduate students.

Mia’s wisdom, grace, and work ethic affirm the phrase, “Behind every great man is a great woman.” Her late husband’s pioneering achievements wouldn’t be possible without her. Her own achievements include overcoming wartime adversities and cross-cultural challenges, helping to foster humanity’s collective knowledge, and earning the respect of the community — which she continues to support by hosting visitors, reading at church, sharing culture with students, and applying her expertise to organize the club’s library.

While at home, Mia enjoys daily doses of Pete’s coffee, Sudoku, Judge Judy, yard work — and her trusty iPad. While teaching at Stanford, she enjoys the most practical part of Emerita status — an A-Level parking pass. A devoted daughter and mother, Mia reflects the best of the “Slovenian-American Dream.”

President Pahor’s Greetings at the Gala

Pahor Gives Mandate To Form The Government to Janša, Who Will Invite All Parties To Join Him 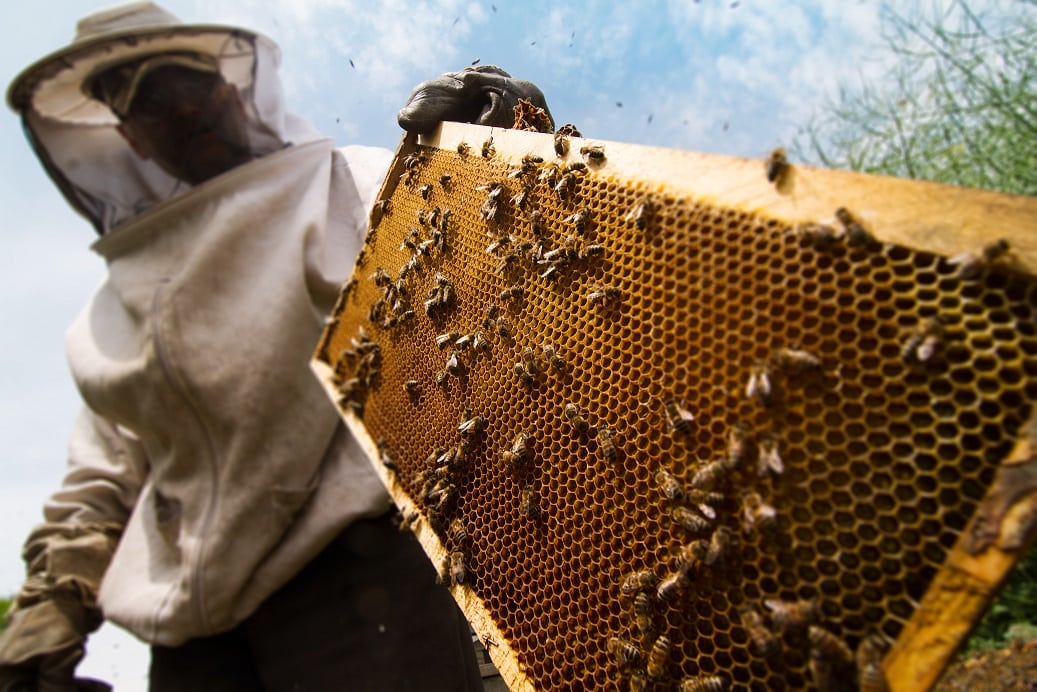 On Monday, 20 May, Slovenia and the entire world will celebrate the second World Bee Day, which the UN General Assembly proclaimed on 20 December 2017. The proclamation, which is the result of cooperation between the Slovenian Beekeeping Association (the initiator of the proposal) and the Republic of Slovenia, is one of Slovenia’s greatest diplomatic achievements. The main purpose of World Bee Day is to raise global awareness about the importance of bees and other pollinators for humankind, particularly with respect of fighting world hunger.