Slovenian pilot, biologist, photographer, and adventurer Matevz Lenarcic poses for a photograph after returning from a flight over the North Pole with an ultralight aircraft, on May 26, 2013, at the airport in Brnik, Slovenia. Lenarcic landed in Slovenia following a brief stopover in Western France and after having overflown the North Pole in an ultra-light plane equipped to measure air pollution. AFP PHOTO / Jure Makovec

Slovenian pilot Matevž Lenarčič began his third solo round-the-world flight in an ultralight aircraft in Portorož on Friday. As all of Lenarčič’s expeditions, the latest project will have an environmental note.

As part of the GreenLight WorldFlight 2016 Lenarčič will help measure atmospheric concentrations of black carbon, a powerful pollutant that has been found to play an important role in global warming. After getting airborne in Portorož, Lenarčič will fly over 42,000 kilometres in a month. Today’s 2,000-kilometres stage will take him to Spain’s Jerez, probably in about nine hours. The longest of the 13 stages planned will take him around 20 hours at average speeds of 230 to 240 km/h.

As he circumnavigates the globe at an altitude of three kilometres, his plane will collect black carbon data. The data will be collected and analysed by a team of researchers as part of a study aimed

at raising awareness about the impact of black carbon on global warming. The flight path for the expedition includes many areas where measurements of black carbon pollution have not yet been conducted, the team has said. The project’s aim is to make black carbon measurements more accessible. Efforts to conduct atmospheric measurements have to date involved large aircraft, making them costly.

Lenarčič is flying a Dynamic WT 9 ultralight plane made by Slovakian company Aerospool. The plane has been fitted with special instruments to collect data on concentrations of black carbon. Aerosol, a Ljubljana-based company specialising in black carbon measuring technology, has redesigned its measuring instruments it to make them smaller and lighter for use in the compact aircraft. “As a producer of measuring instruments, it is important that we can make technology more accessible by creating new ways of conducting measurements,” Aerosol director Griša Močnik has told the STA.

While NASA is currently conducting research over the Pacific Ocean that costs millions of dollars, the GreenLight WorldFlight team plans to collect data over a wider area for ten times less. Almost two thirds of the costs will be covered by the team itself.

It is only in recent years that black carbon has been identified as one of the leading contributors to climate change. A product of incomplete combustion of fuels, it is a component in fine particulate matter which contributes to global warming by absorbing sunlight and heating the atmosphere. “The easiest way to describe it is the soot we see coming out of the exhaust of an old truck,” Močnik said. A four-year global study whose results were published in 2013 concluded that it is the second most important contributor to global warming behind only carbon dioxide.

As efforts to limit global warming becomes a key priority around the world, Močnik sees major potential for increased uptake of black carbon measuring instruments. Unlike carbon dioxide, regulation of black carbon is much more politically acceptable, says Močnik, who says that limiting carbon dioxide output essentially requires a reduction in energy consumption. “This is where the political problems start.” With a atmospheric lifespan of only a few weeks – compared to carbon dioxide’s 100 years – reducing black carbon presents a much more accessible solution to slowing global warming while effective solutions for carbon dioxide emissions are put in place. Find more: http://www.worldgreenflight.com/

Lenarčič Presents The Results Of His 20.000 km Long Journey Across Asia 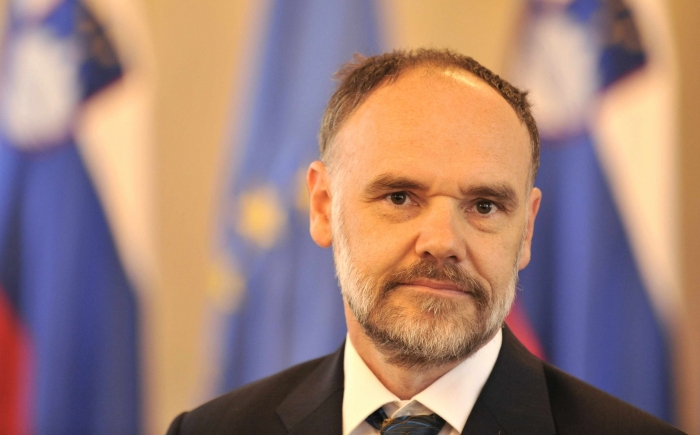 Researchers from the National Institute of Chemistry have created cells with the help of gene ...