Down Under Musical Group Žagarji Released Their First Song

On the last day of 2016, the musical group Žagarji released their first original song, “Ne vem če bom zmogla”. In the interview that you can listen below, Tania Smrdel spoke with their lead singer Tina Hodnik about the song and what their plans are. Please also check their youtube video below.

It was in 2013 when the current members of the band first met at a function at the Slovenian Association Planica in Melbourne. It didn’t take long for us to realize, that we all have a special bond: A love of Slovenian folk music and that person also plays at least 2 different instruments. In December 2013, we decided to start rehearsing as a band (at this time, we still hadn’t decided on a name.) This was also a time when we’d regularly get together for jam sessions that we all thoroughly enjoyed. Our friendships were also strengthening greatly and it was more than apparent, that we were really on to something special regarding our authentic, but at the same time, very unique Slovenian folk music ‘sound’.

In July 2014, we were scheduled to do our first official gig, so it was time to finally decide on a name for the band. After discussions, the boys in the band decided that Ansambel Žagarji would be the name for the newly formed band in honor of Tina’s, (our lead singer’s) father, Jože Žagar, who died tragically in Slovenia only 3 months earlier in April 2014. This was right at a time when the band was having regular and intense rehearsals.

After a lot of practice, we invited Slovenian musicians and producers living in Slovenia to collaborate with us in producing this first original track. We’re indeed greatly indebted to them for their wonderful support and collaborative efforts.

The music and lyrics for the track ‘Ne Vem Če Bom Zmogla’ were written by Klemen Glynn Arh, with the arrangement put together by Gregor Gramc. It was recorded and tracked by Lenti Lenko at Miditek Music Production, Recording & Tution in Melbourne, Australia with mixing and mastering being completed by Tadej Mihelič at M-MEDiA Recording Studio in Ribnica, Slovenia.

Who are the members making up Ansambel Žagarji? Three of us are born in Australia to parents who migrated from Slovenia during the middle of last century- Lenti Lenko plays piano and button accordion, keyboard and sings. Frank Petelin plays guitar, piano and button accordion and sings. Peter Grivic, who joined the band in May 2016 plays drums as well as diatonic and piano accordion.

The remaining two members, husband and wife, Andrej and Tina Hodnik were born in Slovenia, having arrived in Australia in January 2009 and now living in Melbourne. Andrej Hodnik plays bass guitar, baritone and sings. Tina Hodnik is our lead singer in addition to fulfilling all required auxilliary percussion duties!

We express our heartfelt gratitude for your ongoing support, attending our gigs and simply liking our music. Special thanks also go to Fr. Ciril Božič, for allowing us to rehearse regularly in the hall of the Saints Cyril and Methodius Slovenian Mission in Melbourne.

For more information about Ansambel Žagarji please visit our Facebook page ‘Ansambel Žagarji’, or contact us via email at ansambel.zagarji@gmail.com. 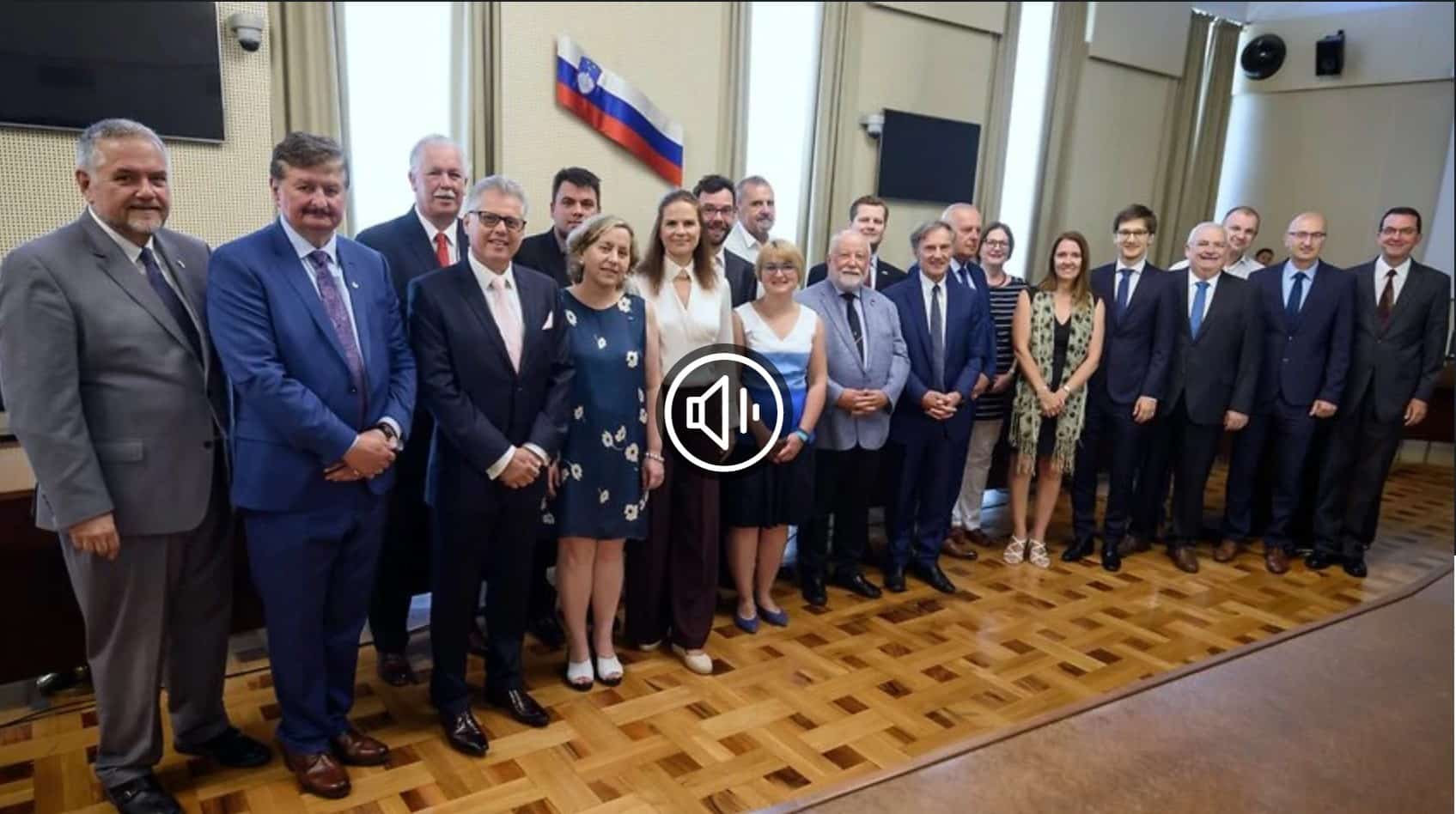 All three members of the Council for Slovenians abroad to the Slovenian Government, Frances Urbas Johnson in Victoria, Valter Šuber in NSW and Jerneja Svetičič in Queensland will talk more about the important themes in the continuation of the Slovenian community in Australia.