Home | Education | A Life Dedicated To The Slovenian Language

Lenček also founded the Society of Slovene Studies, which brought together leading English-speaking scholars who were eager to share interesting ideas about Slovenian language and history. (The picture is symbolic) Foto: EPA

A Life Dedicated To The Slovenian Language

During the course of the 20th century, interest in the Slovenian language grew markedly among scholars in the United States. A large part of that interest can be traced back to a passionate professor named Rado Lenček. Born in Slovenia, he eventually became one of America’s foremost experts on Slovenian and other Slavic languages.

Lenček was born in the Lower Carniolan village of Mirna in 1921. He studied Slavic languages, first in Ljubljana and then, after World War II, the Italian city of Padua. He taught Slovenian in Trieste and Gorizia, towns with large Slovenian populations that found themselves on the Italian side of the new border with Yugoslavia. He was also asked by the Western allies to broadcast on Radio Trieste A, a Slovenian-language alternative to Yugoslavia’s Communist media, and edited a Slovenian newsletter for the U.S. Information Service.

By then, Lenček had emerged as a leading expert on Slavic languages. He was always in demand as a visiting professor at various prestigious institutions and widely recognized as a leading scholar in his field. He authored several books, including Structure and History of the Slovene Language, which became a leading reference work; it tells the history of how proto-Slovenian evolved from an undifferentiated Slavic language into a unique tongue of the Alpine Slavs and then into modern-day Slovenian.

Lenček also founded the Society of Slovene Studies, which brought together leading English-speaking scholars who were eager to share interesting ideas about Slovenian language and history.

He received several important awards in his fields. He was also recognized in Slovenia for promoting Slovenian studies in the English-speaking world. After the country’s independence, Lenček was named an Honorary Ambassador of Slovenian Science, and in 2001, he received the Badge of Freedom, the most prestigious award given by the Slovenian President.

Lenček died four years later, at the age of 83, in New York city. One of his daughters, Lena Lenček, inherited her father’s passion for Slavic languages and has followed in her father’s footsteps. She is now a highly regarded professor of Russian at Reed College in Portland, Oregon.

10 Signs You Were Born And Raised In Slovenia 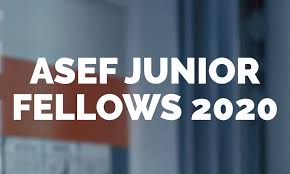