Balmar is specialized in 3D printing using titanium and nickel based alloys. The concept is very attractive as a whole, as it can result in enormous savings. Foto: Balmar

What can Slovenian Companies Offer to European Space Agency (ESA)? A lot.

Slovenia has a lot of high-technological companies already cooperating, or wishing to cooperate with the European Space Agency. We are introducing some of them, along with the opinions of those cautioning against excessive optimism.

This month the Republic of Slovenia signed an agreement under which Slovenia became an associated member of the European Space Agency (ESA). Once the agreement is made effective, the representatives of Slovenia will get a vote in the chosen decision-making committees within the Agency, and Slovenian companies will get a wider access to jobs and projects. The wheels should get in motion in autumn, when agreement should be ratified by the National Assembly, and after Slovenia explains at the ETA meeting of ministers in which programs it would like to participate. It is an important decision for the Slovenian economy.

Minimum, and obligatory activities
ESA activities consist of two large branches: the first includes all the obligatory programmes, the essential fundaments of the agency’s operation. As an associated member (not a full member) Slovenia will annually contribute EUR 400,000 for this purpose. The second branch is the source of the majority of other optional programmes. It is a kind of menu from which the countries choose what they find suitable, and where they can, of course, contribute to the agency. Additional contributions are paid, and in exchange they get a vote in the decision-making process regarding projects, and assured equal rights to participate in them.

ESA’s annual budget amounts to EUR 5.2 billion, and more than three quarters of this amount is again divided among the member states through optional programmes. Thus the calculations of the Slovenian Ministry of Finance and of the economy itself show that at least twice the amount paid should be directed back to Slovenia, but definitely almost the entire amount paid in the form of the membership fee, as defined by the ESA convention, and as is the long-term practice of the agency. During the last years seven Slovenian companies have been cooperating with ESA; their business blossomed after they started working on »space« projects.

Urska Srsen, Founder Of Bellabeat On Forbes 30 Under 30 Europe List 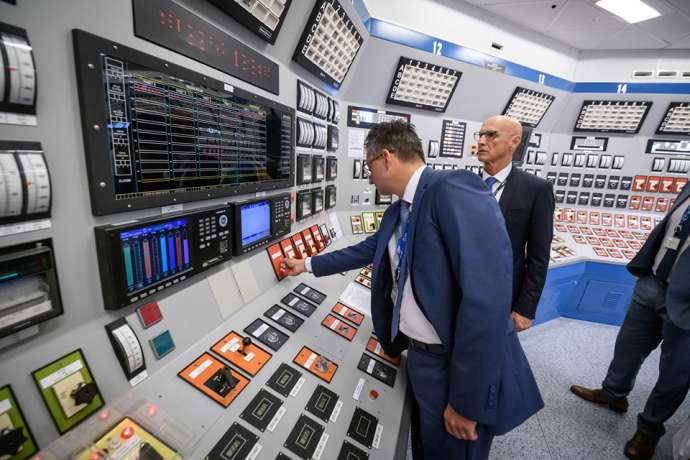 The government appears prepared to making construction of a new nuclear reactor a cornerstone of Slovenia's plans to achieve carbon neutrality by 2050 in line with EU goals. Prime Minister Marjan Šarec told parliament on Monday that without unit two at the Krško nuclear power station, the goal would not be achieved.